'some facts and findings'

Joshua Toledano was Joe Boganny's maternal grandfather and during research contact was made with newfound cousins in the UK, USA, Australia and South Africa whereby two accounts emerged of an elopement :-

(1) A few words (exact) on a hand written family tree tells us that Joshua Toledano's wife had been Miss Egerton who was supposed to be a kinswomen of the Earl of Ellesmere, she took the Jewish faith, was given the name Sarah, had three sons, Abe & Mo, famous on the Continent as Minstrel Clowns, and Joe. Had eight children in total, with grandsons and great grandchildren on stage, Joe Boganny & Josh Clifton and Dolly Clifton & Sonia Seal.

(2) An article in 'The Old-Time Herald, vol.10, No.12, titled 'Joseph Daniels, 19thC British Banjo Maker & Minstrel Performer' by Lewis M. Stern, informs us that Family Lore has it that Joshua was called to entertain at Tatton Hall, the seat of Lord Egerton in Chester. There he was smitten by the daughter of the Lord, with whom he eloped. The daughter, who converted to Judaism and took the name Sarah, was disowned by her noble family'.

The following findings provide a much clearer picture and further insight into the colourful life of Joshua Daniels.

Born abt.1759 in Gibraltar, son of Abraham Toledano and Esther his wife, members of the Sephardic Community there. Recorded at the 1777 Gibraltar Census as a boatman, later a shoemaker and absent at the 1791 Gibraltar Census. Moses Toledano therefore arrived in England between those years and before the onset of the 14th and last Great Siege of Gibraltar 1779-1783. Further in the United Grand Lodge of England Freemason Membership Registers, 1751-1921 for Hiram's Lodge, Swain Street, Minories, London for 1777-1782 Moses Toledano is listed. refs; Museum of Freemasonary, Ancestry.com, England & 'The Toledano Family of Gibraltar' by Ya'acov Tal Toledano, published by Sharsheret Hadorot of The Israel Genealogical Society.

1817/18 - Newgate Prison Register. A boy by the name of Joshua Daniels, aged 12 years, standing 4ft 7inches high with a ruddy complexion, dark hair and eyes and of slender buid, born in Chatham, Kent, England, was brought into custody on 17 Dec 1817 charged with stealing two bonnetts of John Bradley. No outcome is recorded only that he was discharged on 20 Jan 1818. ref; UK Prison Commission Records, 1770-1951

1836 Feb 17 - Miss Egerton was converted to Judaism in a Ceremony of Ritual Bathing (Hebrew-mikveh/mikvah) in Holland, this being recorded in the Minute Book for the date 1 Adar 5596 and given the name 'Sarah, dau. of Abraham our father', in abbreviated form. Joshua Toledano then presented the Certificate of Bathing of the Guere 'Proslyte' in Holland with whom he requested to marry. He was referred to the Gentlemen of the Rabbinic Court, the Beth Din, for them to certify the correctness of it, and, if in due order. The Gentlemen took their time and Rabbi Isaac Da Costa was given permission to perform the rite of marriage. ref; Correspondance with Miriam Rodrigues-Periera, Hon. Archivist Spanish & Portuguese Community of London, 2018.

1838 Aug 31 - Hull Police Court, before the Mayor & Mr, Bourne - A Jew named Daniels charged James Harker, son of Mr. Harker, butcher of Lowgate, Hull with having nearly severed his dogs head from it's body. The Jew gave a long account of the animal and the extraordinary feats which it was in the habit of performing; it was according to him, a sort of 'second Solomon', and could do anything but speak. Some malicious person, on the 15th August, had inflicted two severe wounds on the creatures neck, and he endeavoured to prove, by the evidence of two little girls, that person was the defendant James Harker. The evidence, however, was extremely contradictory, and was, in a at measure rebutted by the evidence for the defence. The magistrates, after long hearing of the case and on inspection of the dog, dismissed the charge. ref; Hull Advertiser & Exchange Gazette, BNA.

1842 Jun 2 - Wednesday, before Messrs. Cookman & Hanwood - ASSAULTS - Joseph Daniels, a Jew, was charged with assaulting an old women names mary Johnson, whom he had thrown down by tripping her heels, and afterwards assaulting her very severely. Mr. Johnson was for the prosecution. As usual, witnesses were on each others sides, swearing point blank in contradiction to each other, but complainant having the advantage in numbers by two to one: Daniels was ordered to find a surety in £5, and be himself bound in the same sum to keep the peace for three months. ref; Hull Advertiser & Exchange Gazette, BNA.

1843 Jul 7 - Furious Driving, Mr. Freeman, clerk to the police force, laid information against Joshua Daniels for driving furiously in a little cart drawn by two dogs and having no reins to guide them. The vehicle he said, passed within an inch or two of the end of a ladder which was raised against a wall in Whitefriargate with a man at the top of it. Mr. Hyde, auctioneer, corraborated his evidence. Mr. Anderson, for the defendant, showed the insufficiency of the summons, which did not state the liability of punishment for driving with dogs, and pleaded the poverty of the defendent and willingness never to offend again, if another summons would be made out against him; accordingly he was discharged with a reprimand. ref; Hull Advertiser & Exchange Gazette, BNA.

1843 Jul 21- Sculcoats Police - House Breaking & Robberies - Thursday, before Messrs. Raikes and Palmer. Yesterday week, two men named William Clay & John Powell were brought before the magistrates charged on suspicion of having on the night of 23rd June last, broken into the dwelling house of Mr. Philip Deighton of Cottingham, farmer, and stolen a great-coat, a makintosh and a large brass pan. It appeared that on Wednesday evening, Clay was in custody in Jarrett Street Station, when he requested PC. Robinson to go to (Clay's) house and fetch the great-coat. Robinson went and procured the coat, but finding it to correspond withy the description he had received of one of Mr. Deighton's which had been stolen, he detained it and gave information to Mr. D, who identified it as his property. On further search, Robinson found the makintosh and brass pan at the property of Joshua Daniels, confectioner of 46, Mill Street, with whom they had been left by Elizabeth Bentley of 15, Chapel Lane, lodging-house keeper, as security for a shilling which she borrowed. Bentley was committed for trial at the assizes. ref; Hull Advertiser & Exchange Gazette, BNA.

1863 Nov 23 to Dec 14 - Newspaper coverage of the 'Hull Robbery & Elopement Case'. Joshua Daniels, alias Jim Crow, described as elderly, aged 60, either a confectioner, sugar boiler or sugar manufacturer and of foreign appearance, from the parish of Holy Trinity, Kingston-upon-Hull, was charged with stealing a quantity of furniture and other household goods from Louis or Lewis Nathan of Dinah's Court, Boar's Head Yard, Petticoat Lane, London, a general dealer, whilst he was out at work, threatening his children and running off with his wife, back to his confectionary shop in Garden Road, Kingston-upon-Hull. Police travelled from London to arrest him, whereby he was brought to London to face trial. ref; Hull Packet, Morning Post, Sheffield Independant, Congressbury & Macclesfield Nercury & the Chester Advertiser, BNA.

1863 Dec 1 - Trial of Joshua Daniels at Middlesex Sessions, Worship Street Police Court, Shoreditch, London a few days since, Joshua Daniels, a sugar boiler of Kingston-upon-Hull was committed for trial for stealing a quantity of household furniture, the property of Louis Nathan. He appeared to have run off with Nathan's wife and had almost stripped the house of it's contents. On Wednesday the prisoner was found guilty of larceny and receiving and sentenced to 4 years penal servitude and sent to Millbank Prison, Westminster. refs; England & Wales Criminal Registers 1791-1892 and BNA. 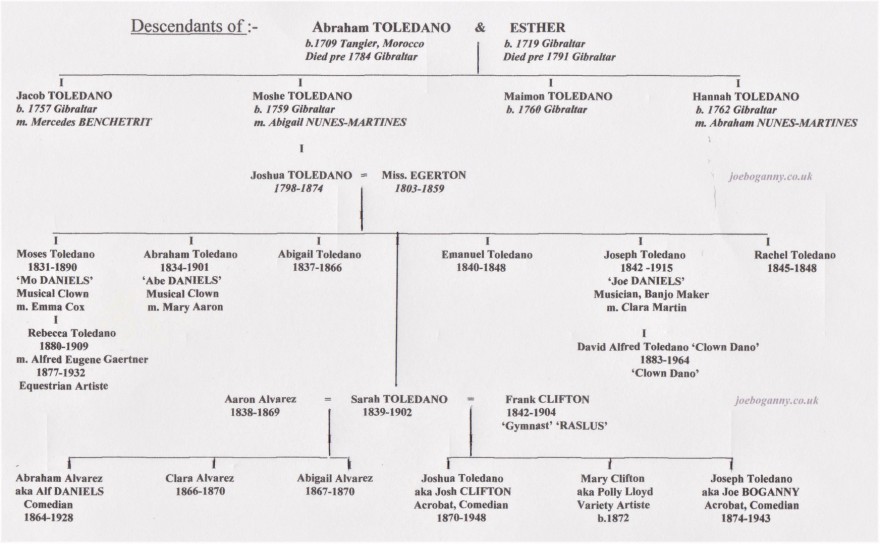